Guilds is proud to present to you the new War Arena System that will be coming in v3.5.2.

This update is SO MASSIVE that I've decided to put the update logs in a single place so that we can avoid any confusion.

In order to help you guys learn about what all has changed, each new major part of the update will have a video and a text-version to tell you about everything!

Note: It is super important that you read through all these changes so you understand what is changing. There are deep logistical changes happening throughout various parts of the plugin, especially with the GUIs, so you need to read through everything so your GUIs don't break.

Side-Note: A good way to determine who is on each team in the arena would be a plugin such as NameTagEdit.

Before I get into that, you might also notice we use a new software for the wiki! Thank you so much GitBook for assisting me in moving over from my old software and graciously providing this for us to use.

Now, let's get into the fun stuff of this update.

As of this update, Guilds is now compiled under 1.14.4 in order to allow support for 1.13 and 1.14 materials. When you run the updated jar, there will be a link at the top of the GUI part of the config that shares a link that you can go to in order to see all the materials your can use.

The plugin is designed the have these work on all versions, but if they don't exist, for example, using a 1.14 item on 1.8, it will just not show up.

Note: Most likely there will be a few default items that you will need to update. If you get any console errors saying something like enum value MATERIAL.BED doesn't exist, just follow the link in the config to see what material to use instead.

The arenas by themselves are a massive implementation into the plugin. As a server owner, you will be able to create your own arenas, along with setting the spawn points for each team! Watch the video below to get a better idea of how to manage your arenas.

The new arena system is fairly easy to understand. As an admin of the server, you can create new arenas, set the spawn points for them, teleport to them, list the arenas, and delete the arenas as you see fit.

You have full control of what the arena is and where the team spawn.

Note: When I say you have full control, I mean FULL, as in, you need to implement your own protection on the arena itself such as a WorldGuard region and allowing PVP, etc.

In the following video, I will discuss the new config additions that will be coming for the first update of the war arenas. These changes will allow be seen in your config once you launch the update! Keep in mind these are just a few of them and more are to come soon!

The new updates to the config are fairly easy to understand.

Guild Masters (and/or Officers) can challenge other guilds to controlled combat in an arena. The challenge will go through several steps. A) the challenge, B) the accept, C) joining the guild war, and D) gearing up.

There will be three checks before the challenge is created:

When a challenge is accepted, an ActionBar will show up to all players in the guild telling them to join the war.

If there are an uneven number of players Example: 5 v 3, last two members to have joined on the larger team get kicked from the guild war in order for the team to be 3 v 3

After the countdown players have another countdown (defaulted to one minute) in order to equip themselves.

Note: Some of the default messages have been updated in order to make it easier to see important details.

Members of each guild will fight until there is only one guild standing! 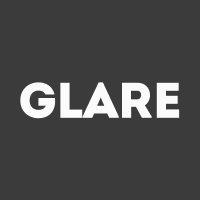